SI has the Giants at #8 as of Monday, May 23rd………while ESPN has them in 3rd place behind the Cubs and the Red Sox…….MLB.com has the Giants in the #2 spot ahead of the Sox, and the Bleacher Report also has the G-Men at #2.
Since the beginning of their 8-game winning streak starting on May 11th, the Giants have gone 17-4, (even counting Casilla’s blown save on Wednesday), and are 12 games over .500.

The Giants have been winning on the strength of their pitching and defense with relatively “quiet bats”. Of course, when you’ve got a PITCHER that can hit HOME RUNS, like MadBum did yesterday, and Brandon Belt, (.306), Hunter Pence, (.298), and other bats starting to come alive, the Giants “could” be heading to the top of the Rankings soon. Hope I haven’t jinxed them.

Two videos here, one's the "long catch", and the other's the final "capture".  The first video is about 6 minutes long and the second is just over one minute, when I pull "the log" out of the water. 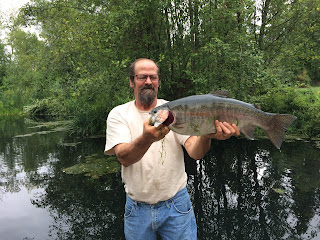 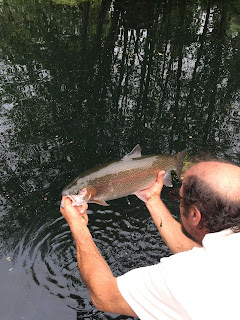 How The Liberal Media Got it Wrong While Attacking Ben Carson 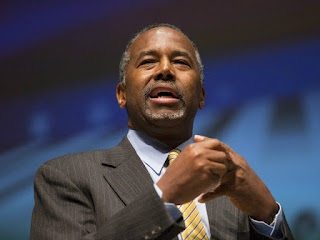 As soon as Dr. Ben Carson reached the top of the national polls, (overtaking Donald Trump), the Main Stream Media, aka the Liberal Media, aka the Drive-by Media, aka the Democrat's private soundboard, began their all-out assault on the Republican Front-Runner.

CNN thought they were gaining some traction, but John Nolte at Breitbart caught up with their motivations, and it wasn't pretty:

"Just a little more than 24 hours ago I published this piece warning that with his ascendency in the polls, primarily when stacked against Democrat Hillary Clinton, the DC Media was about to do everything in its power to destroy Republican presidential frontrunner Ben Carson:

Let me be very, very clear about one thing: The DC Media cannot allow Dr. Ben Carson to become President of the United States. And if the DC Media has to put on white robes, burn crosses, grab firehoses, and sic German Shepherds on Carson, they will. In fact, they already have. Not literally, but the tactics and the goals are exactly the same: By any means necessary, destroy the free-thinking black man who threatens our power.

The piece also pointed out the overt racism Carson has already faced from NBC News and Brian Beutler of the New Republic; along with examples of the media’s ongoing “othering” campaign against Carson. Over policy positions that are nothing close to controversial, the DC Media is relentlessly “othering” Carson as “dangerous” and “crazy.” And like no other, including MSNBC, CNN has led this cable news charge.

Although I wasn’t expecting it to happen the very next day, the left-wing cable news network CNN has already slammed its Kill Ben Carson Machine into fifth gear."  (read the entire post here at the link)


Soon after CNN began its all out assault on Carson, Politico jumped into the fray, backed up by---you guessed it---NBC.  Both of these mediums couldn't get their stories/fabrications out fast enough without tripping over themselves:

NBC Boosts Politico's Retracted 'Fabrication' Headline on Carson's West Point Claim
"On Friday's NBC Nightly News, Chris Jansing touted Politico's scoop about Dr. Ben Carson's "scholarship" claim about West Point, underlining how the liberal outlet "call[ed] Carson's story a 'fabrication.'" However, Jansing's report aired more than two hours after Politico removed the "fabrication" term" from their headline." The journalist later hyped that it's "hard to overstate how much Carson uses his personal story to connect with voters — so this heightened scrutiny...may be a very big threat to his campaign."  (more at the link)

The whole GOTCHA episode is about an appointment to West Point, that was "offered" to Ben Carson, not accepted.  Taking the excerpts out of Carson's latest book, Gifted Hands: The Ben Carson Story, the dumbshits at Politico began their "Carson Fabricated West Point Appointment" story.  The only problem, they, [Politico], inferred when they should have understood the context of Carson's statements in his book.  Politico, discovering their error, immediately restructured their story and removed the term "fabrication".

But Chris Jansing and NBC just couldn't let it go---so they stepped right into the pile of dogshit, stink and all.  Playing a clip from Charlie Rose on PBS, Jansing "let her rip", issuing her source as Politico:

JANSING: Politico reported today that West Point has no records of Carson applying or being offered admission — calling Carson's story a 'fabrication.'"

The ONLY PROBLEM, Carson never said he applied for the appointment OR that "the offer" came directly from West Point.  Carson was told that because of his excellent performance at his ROTC, he "could" apply for an appointment at West Point---a huge difference between Politico's allegation that Carson both applied and the offer came from West Point---both flat out lies!

Now, both Politico and NBC are running for cover in their latest attempt to smear Dr. Carson's literary reputation and his integrity, with the exploits of CNN not far behind.  Shame on all of them for their gutter-laced yellow journalism. If these idiots had pulled this crap on Donald Trump, there'd be lawsuits filed against all of these pathetic and desperate lemmings in the Mainstream Media.

Now all we need is the New York Times to produce a Carson-love-child and this fabrication fiasco will be complete.


(photo credit-REUTERS/Chris Keane)
Posted by Rovin at 3:38 AM No comments:

Lovely Latinas: Move over Cote, Alice is also in the house 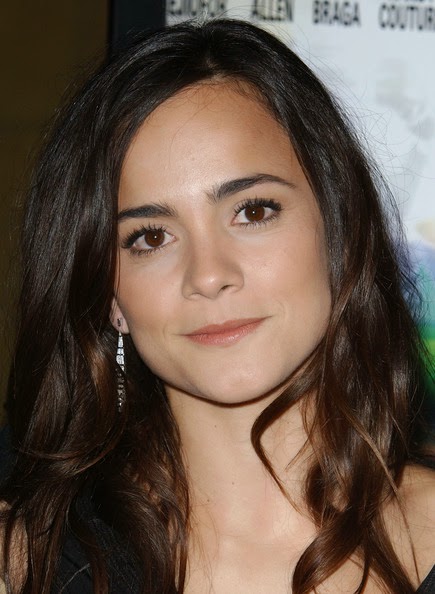 Alice Braga Moraes was born in São Paulo, Brazil. She was raised in a Catholic family.[2] Her exposure to the world of acting came at an early age. Both her mother, Ana Braga, and aunt, Sônia Braga,[3] are actresses, and Braga often accompanied them to film sets. She began her career by appearing in school plays and commercials. Her first commercial was for yoghurt when she was eight years old. As a teenager she began pursuing roles in television and movies. She speaks fluent Portuguese, Spanish and English.

In 1998, Braga debuted in a Portuguese-language short called Trampolim, and then returned to her schooling. Her big break came in 2002 when she was cast as Angélica in the critically acclaimed film City of God, for which she received a Best Supporting Actress nomination from the Cinema Brazil Grand Prize. She took more time off and attended university while appearing in a pair of well-regarded South American films—2005’s Lower City and 2006’s Only God Knows—and in the popular Brazilian television program Carandiru, Outras Historias. Braga made her English-language debut in 2006 with a starring role with Brendan Fraser, Mos Def, and Catalina Sandino Moreno in Journey to the End of Night, which premiered at the 5th Annual Tribeca Film Festival. In 2007, Braga was cast in the Will Smith blockbuster I Am Legend and the drama Crossing Over, which stars Harrison Ford, Ray Liotta, and Ashley Judd.[4] She also appeared in the 2008 David Mamet film Redbelt alongside Chiwetel Ejiofor.[5] Braga portrayed Beth in the science-fiction film Repo Men.[6] She starred as Isabelle in Antal Nimrod's Predators,[7] which was shot and produced by Troublemaker Studios and Robert Rodriguez.[8] In 2013, Braga appeared as Frey Santiago in Neill Blomkamp's Elysium.[9] 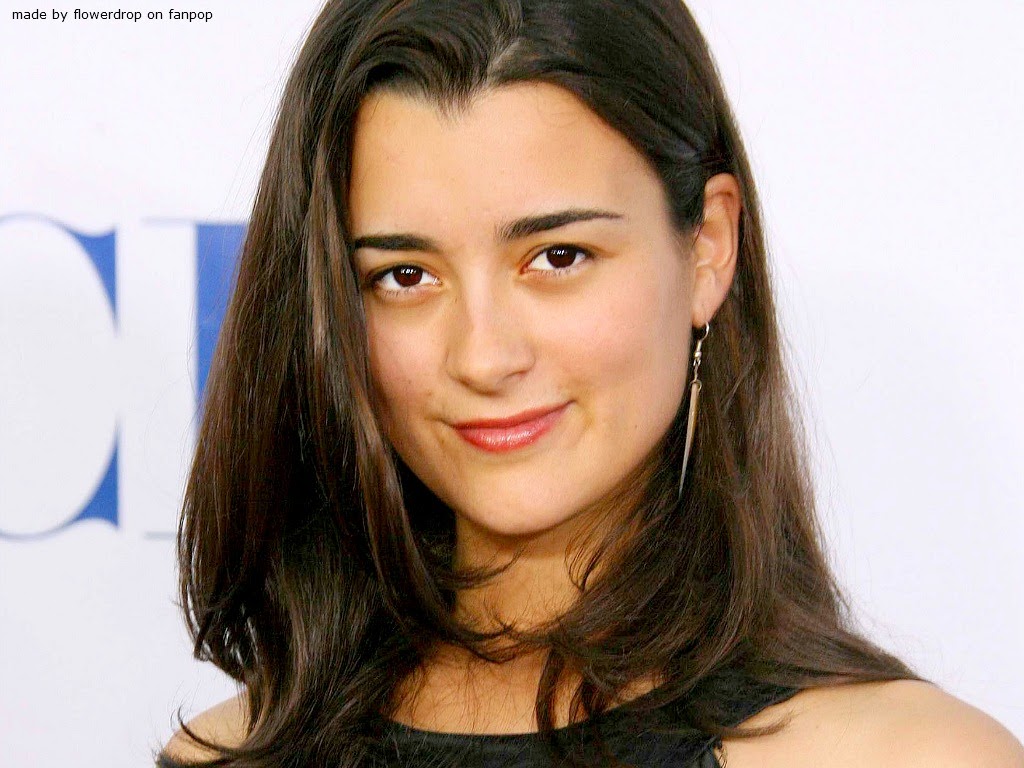 María José de Pablo Fernández, better known as Cote de Pablo, is a Chilean-American actress and recording artist. Born in Santiago, Chile, she moved to the United States at the age of ten, where she studied acting.

Cote de Pablo is primarily known for her portrayal of Ziva David, an Israeli Mossad officer turned NCIS agent, in the police procedural drama NCIS. She had sent in a videotape audition while waiting for The Mambo Kings to move forward and was asked to fly to Los Angeles for a screen test two days after it was cancelled.[5][11] Network executives arranged for her to act alongside series regular Michael Weatherly to test for chemistry during her second audition; he went offscript by brushing her hair back and commenting, "You remind me of Salma Hayek." De Pablo's response to Weatherly was to stay in character, and she "dismissed him completely." Afterwards, producer Donald Bellisario met with her as she was waiting for a cab to take her back to the airport, telling her she had landed the part.[11][12]

De Pablo described the character as "someone completely different from anyone else on the show because she's been around men all her life; she's used to men of authority. She's not afraid of men."[13] 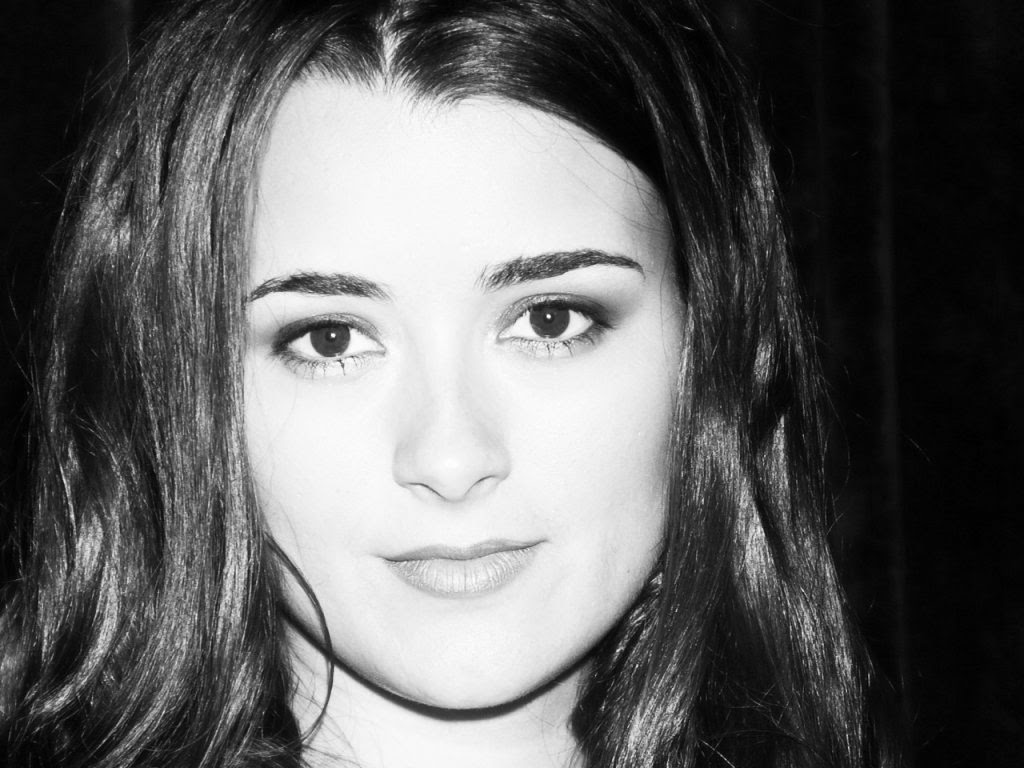 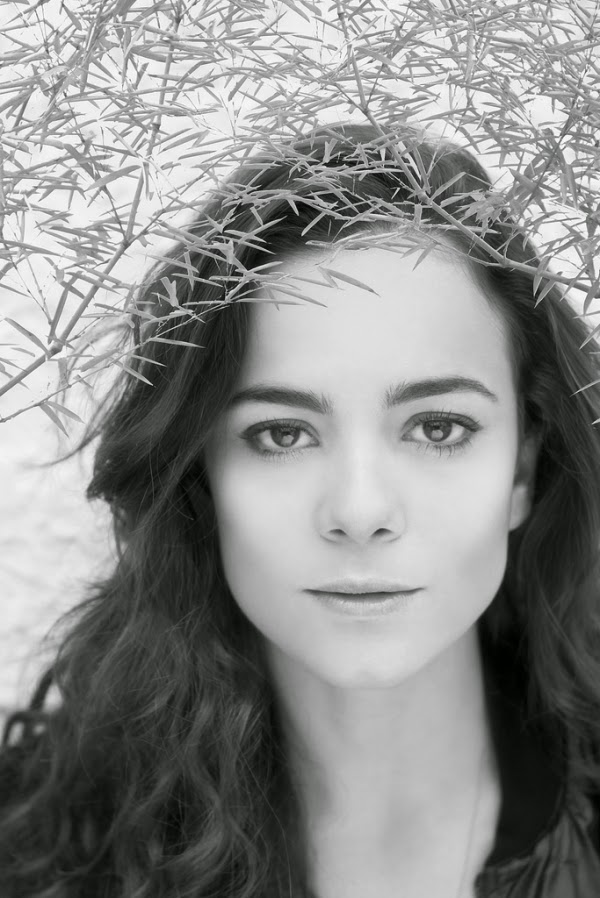 Both Beautiful----both talented actresses.
Posted by Rovin at 5:24 AM No comments:

Charles Krauthammer: We Could Be Looking at the Collapse of American Liberalism

In one of his finest moments on the O'Reilly Factor, (where Mr. O'Reilly remained silent long enough for Mr. Krauthammer to complete his sentence), Krauthammer said:

If you want to skip O’Reilly’s TPM, go to 3:15 where Mr. Krauthammer actually posits that the Republican Party can unite and are uniting in a common cause.

That the liberal progressive Democrats did completely invest themselves, (against the will of the people, and the Republican Party), we can only hope that Mr. Krauthammer is the Nostradamus of the 21st Century.

We Are Such a Safer World Under Obama

With the national exposure of the NSA spying program, and tapping the phones of our allies, this conversation took place on the Morning Joe Show.  You can watch the whole segment or skip to 8:47 to hear Joe mock the entire crew of the show.......


The look on every one of these liberal pundits was hilarious......as they had zero rebuttal.